Top 10 most populous cities in Germany

Introduction: Germany is a developed country located in Central Europe, with a relatively developed manufacturing industry and a perfect social security system. There are 82.93 million permanent residents in a country of 357,600 square kilometers, and it is the most populous country in the European Union. Germany is divided into There are 16 states and 12,229 cities and towns, which city in Germany has the largest population. This article will take stock of and briefly introduce the population ranking of German cities. Let’s take a brief look.

Top 10 most populous cities in Germany

Berlin is the capital of Germany with a total population of 3.634 million and a total area of ​​891.85 square kilometers. Famous German attractions such as the Reichstag, the Brandenburg Gate, and the Kaiser Wilhelm Memorial Church are located here, and nearly 150 people are stationed in the city. embassies of countries.

Hamburg is one of the three major state-level cities in Germany with a total area of ​​755 square kilometers and a total population of over 1.7543 million in northern Germany. It is the second largest financial center in Germany with an important seaport and foreign trade center after Berlin. And the products of the world-renowned aircraft manufacturer Airbus are manufactured here.

When it comes to Munich, the first thing that comes to your mind may be the annual Oktoberfest, where you can drink German beer to your heart’s content. This city with a total area of ​​310 square kilometers and a population of 1.3 million has a relatively developed economy and transportation. Also, one of the largest and busiest cities in southern Germany.

When it comes to Cologne, the first thing that comes to mind is the famous Cologne Cathedral and Chocolate Museum. There are 1.007 million permanent residents living in this city with a total area of ​​405.15 square kilometers. It not only has a relatively long history of building the city, but also has a relatively Developed commerce and heavy industry have become an important and prosperous city in Germany.

Frankfurt is one of the top ten cities in Germany with highly developed industry, commerce, finance and transportation in eastern Germany. The more famous Roman Forum, Goethe’s former residence, Commercial Bank Building and other attractions are located in the city, and there are also international Frankfurt University, a top university, and Frankfurt Airport in the city is also one of the top ten airports in Europe.

Bremen is an important German city located in the northwest of Germany, with a total area of ​​325.42 square kilometers and a permanent population of about 660,000. It has a history of building a city for thousands of years. food processing industry.

This is the sixth largest city in Germany with a total area of ​​207.35 square kilometers and a resident population of 634,000, located in southwestern Germany, close to the Black Forest. The well-known international companies such as Bosch, Daimler, and Porsche are located in this city. , Germany’s second largest stock exchange is also located here.

This is a city with a permanent population of 581,900 and a total area of ​​217 square kilometers. It is located in western Germany. The exhibition industry, communication industry, advertising industry and clothing industry are the most developed in this city. There are many historical sites and The Pottery Museum, where the famous poet Heine once walked out. 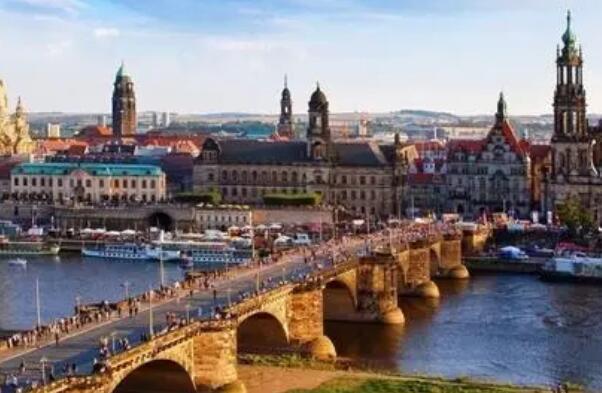 Dresden is a city located in eastern Germany with a total area of ​​328.3 square kilometers. There are more than 536,600 people living in this city, and there are also Europe’s Notre Dame Cathedral and Zwinger Palace in this city. It is a famous scenic spot and a large number of researchers live here, so it has become an important scientific research center known as the Silicon Valley of Germany.

Hannover is the capital of Lower Saxony with a total area of ​​203 square kilometers and a total population of about 510,000, located at the junction of the North German Plain and the Central German Mountains. Among them, the automobile, machinery, electronics, commerce, and financial industries are very developed. In addition to the well-developed exhibition industry, CeBIT is also held in this city every year, which is the largest information technology exhibition in the world.

View all of victor's posts.