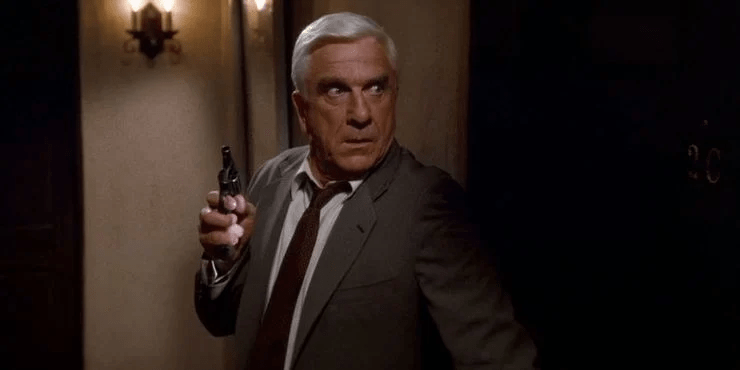 The TV show is full of really talented and brilliant detectives. But who is the most famous detective movie about intelligence, let’s evaluate it right here.

With just 6 episodes of Police Squad, Frank Drebin is confirmed as one of the funniest detectives to ever appear on screen. Frank Drebin is clumsy and has a knack for putting himself in funny situations but he always catches the crooks in the end. Drebin may not be the smartest cop on TV, but he’s still pretty much done his job.

While Jake Peralta may not be on par with some of the greatest TV detectives, he’s still a capable investigator. His quick wits and devotion to detective work brought the criminals to their due punishment.

Although only in high school, Veronica Mars has proven herself to be a beautiful and incredibly intelligent person. The talented Mars helps her detective father with his cases while she also investigates the mysterious happenings surrounding the school and town.

In the film, Thomas Magnum is a private investigator who lives a lavish life in Hawaii. Magnum is not a brooding and stubborn detective like most characters, but he is still more than capable of keeping order in his little corner of paradise.

Trained by his father in the police force, Shawn Spencer was raised to be a detective with a superhuman memory and a powerful eye for observing his surroundings. Shawn’s unique investigative style gets him into a lot of trouble, but he still completes the case with his talent.

Miami Vice was an ’80s cultural phenomenon with an impressive performance of the two characters of deputy detectives James Crockett and Ricardo Tubbs. They are the ones who are willing to do anything to solve the case and they become the smartest police couple on screen.

John Luther is well known in the London Metropolitan Police force for being one of the best officers in the force. Luther is reckless, violent, and prone to breaking many rules in his pursuit of justice, which gets him into some trouble. But despite those flaws, John Luther fought off the cunning Alice again and again.

Adrian Monk is a shy, obsessive-compulsive character who is afraid of everything but the most important aspect, he is a genius detective. Monk is able to open the most complex cases from petty clues to catch the real criminals. Adrian Monk is easily one of the smartest detectives in television history.

Columbo is not only one of the most beloved and charismatic TV detectives of all time, he’s also one of the smartest. Columbo can solve the entire case during the conversation with the suspect and connect all the details together to convict the perpetrator.

The most famous detective movie about intelligence is Sherlock. Sherlock Holmes has been adapted to the screen many times, but Benedict Cumberbatch’s portrayal of this legendary detective has made audiences extremely excited. Holmes can gather every detail of a case in his mind and solve the most complex cases he encounters.